Chinese cuisine has a history that is steeped in tradition. These traditions vary as you move across the land; influenced by the diverse geography and available resources. China being as big as it is has nearly infinite options for what you may find, even on a village-to-village basis. Even with so many different traditions, eight stood above the rest and today are classified as the Eight Cuisines of China. Read more to find out key information about each cuisine, useful vocabulary words and, of course, a delicious recipe for you to have a go at these delicious traditions. 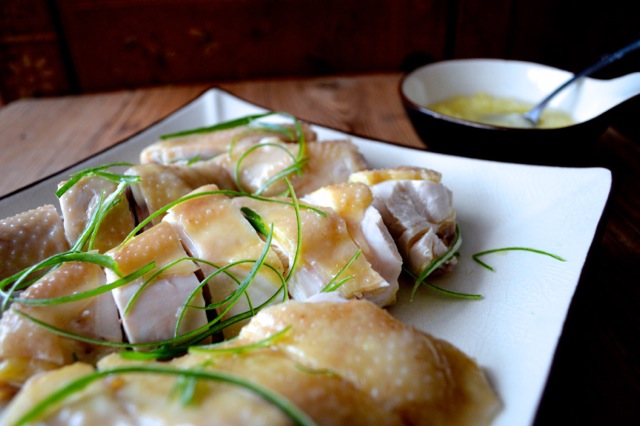 Bai-Qie Chicken is a classic dish of Guangdong Cuisine — Try the recipe, via The Woks of Life, below

This style of cooking prefers braising, stewing, and sautéing over the flash-fry method that foreigners usually associate with Chinese food. As a result, dishes are quite tender and the original flavours of the ingredients are kept intact. The characteristically sweet taste of the dishes are a result of the sauces commonly used with this cuisine. 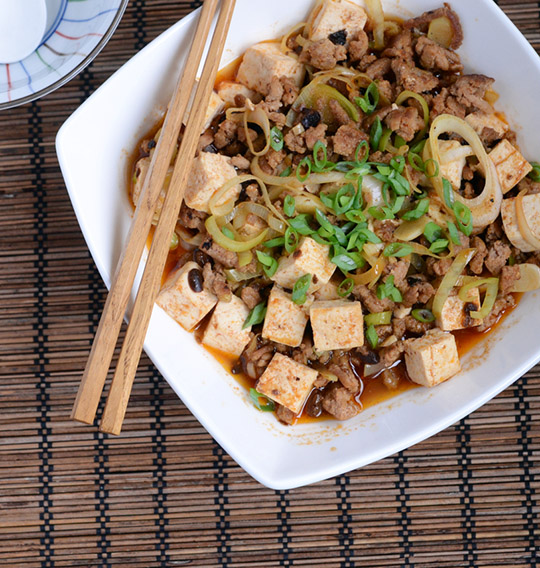 Mapo Tofu, is considered comfort food from the Sichuan Region. Check out the recipe, via Appetite for China, below

Sichuan Cuisine is the most widely served of all of China’s regional cuisines. Originating from Chengdu and Chongqing, this cuisine’s trademark spicy-sour, pungent flavour comes from liberal use of the Sichuan Pepper and Chili Oil. Dishes are primarily made by stir-frying and steaming, but a full list of the preparation techniques would clock in at twenty. 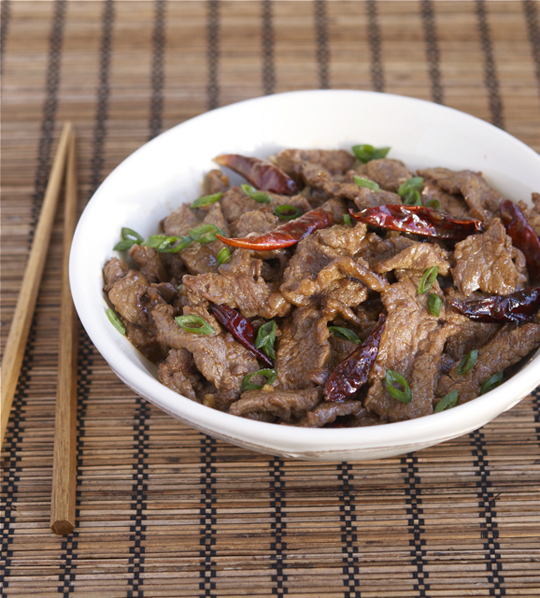 This Hunan Beef dish is spicy, but it won’t stop you from eating it  — the flavours are incredible in this quintessential Hunan dish! Try the recipe, via Appetite for China, below

Hunan Cuisine is recognizable by its rich, moist, and creamy dishes that almost always contain a potent punch of Chili. This region was historically referred to as “Land of the Fish and Rice”, a name representative of the region’s abundant agricultural output. As a result of this abundance, dishes utilize local, seasonal ingredients which contribute to the low cost of this cuisine compared to the other regions. The most common methods of cooking include sautéing, stir-frying, steaming and smoking. 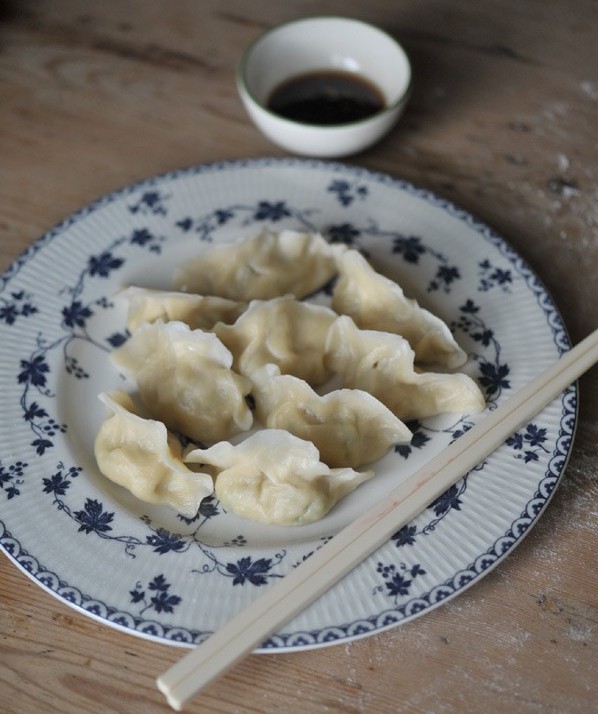 Shandong-style Jiao Zi, or dumplings, have dried shrimp added giving it the hallmark salty flavor of the sea that Shandong dishes are known for. Try the recipe, via Chubby Hubby, below.

With historical roots that can be traced back to the Qin Dynasty (221 to 207 BC), Shandong cuisine immensely influenced other region’s cuisines as they developed in later years. This cuisine is  popular throughout Beijing, Tianjian and the rest of Northeast China. Dishes focus on preserving the freshness of the seafood caught along the Shandong Coast, keeping the natural salty flavor intact. Common methods of preparation are the quick-fry and deep-fry, which creates the distinctive crispy texture of the dishes. 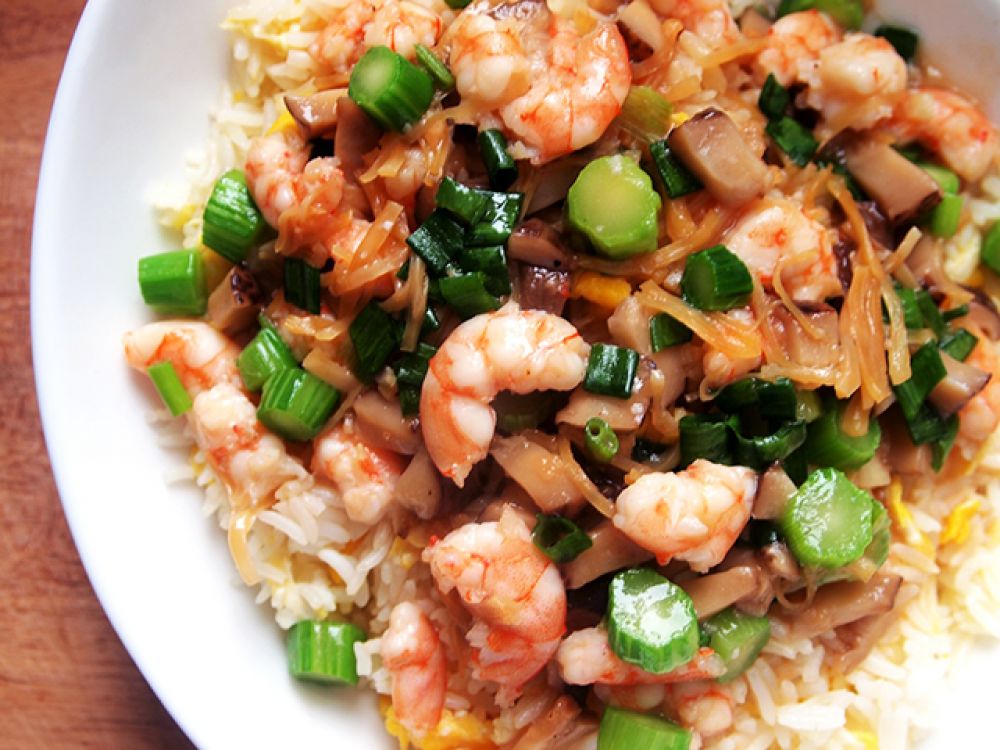 Fujian-style Fried Rice has a potent kick of savoury flavor from the addition of dried scallops. Try the recipe, via DayDayCook, below.

The Fujian Province is located in Southern China, and its diverse geographical features are reflected by the combination of seafood and woodland-based ingredients. Dishes have a lighter flavour, with an emphasis on umami — the category of taste that represents ‘savoury’. Almost every dish is served with soup; there’s an old saying from the region, “It is unacceptable for a meal to not have soup”. The main cooking techniques include stir-frying, baking, and quick-frying. 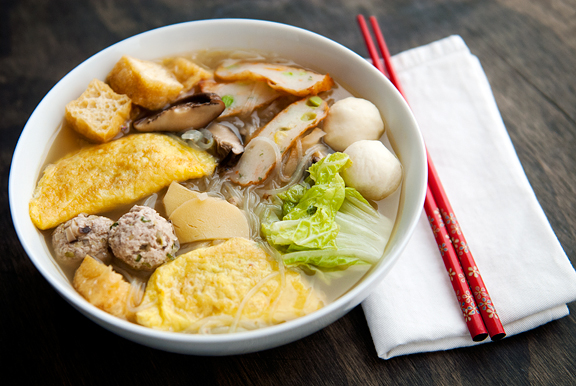 Egg Dumplings are unique: a mix between an omelette and a traditional dumpling, they particularly shine when served with a soup. Try the recipe, via Use Real Butter, below.

The Hui Cuisine is a bit tricky to define: it consists of three different styles from across the region with dramatically different flavours and techniques. For the purpose of this article, I am going to focus on the Southern Anhui style. The Southern Anhui region is in She County, where the famous Yellow Mountains are located. This landscape is rich in natural resources; as such, dishes prominently utilize wild plants and animals. The main methods of cooking are stewing and utilizing a lot of oil.

Despite being composed of six unique styles, the Jiangsu cuisine shares a few common characteristics as a whole.The Yangtze River snakes throughout the region, providing chefs of all styles an abundance of freshwater fish; other ingredients strictly adhere to the season. The taste is fresh, and generally has a salty-sweet flavour with the texture being “soft and thick”. Dishes are often cooked using the earth around them, including slow-baking over an open fire and skillful braising in mud. 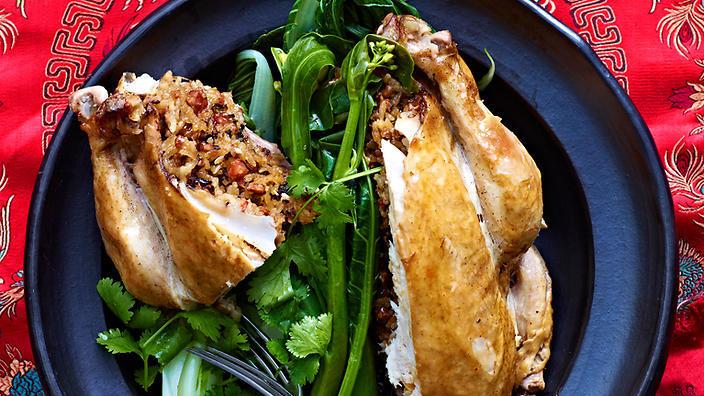 According to legend, a beggar was cooking this chicken recipe on the road. The aroma was so magnificent that an emperor passing by stopped and asked for the recipe so he could add it to the Imperial Court menu. Waft in the royal-approved aroma by cooking this recipe, via SBS, below.

This region is  located at the Yangtze River Delta, colloquially referred to  as“the Land of Milk & Honey”. With a mellow and non-greasy flavour, this cuisine prominently features freshwater fish in its dishes, just as the Jiangsu cuisine does, provided by the Yangtze River. Additional supplementary ingredients are added with the purpose of mellowing out the fishy smell and cutting greasiness. The main methods of cooking are quick frying, stir-frying, braising and deep-frying

Enjoyed this blog post, but want to take your Chinese Learning a step further? We think you will love ChinesePod’s fun and easy Mandarin Chinese online lessons. Try it for free.

‹ How Do You Say Jurassic World in Chinese? › Six Chinese Study Hacks from Our Reddit AMA