7 Chinese Movies You Have to See Before You Die

Chinese cinema is often overlooked by Westerners and this is a serious mistake — the film industry in China is humongous, and offers up options on par with some of your favourite Hollywood movies. Furthermore, watching a movie in Mandarin Chinese is a great way to brush up on your language skills (check out this great post by FluentU on how to learn Mandarin from watching movies). Analyzing the dialogue with the subtitles is an easy way to find colloquialisms that you might use everyday in English, but have no idea how to say in Chinese. We have put together a must-watch list of seven essential movies that you have got to watch… we have also included some Chinese keywords for each film so you can come up with a sentence describing the film.

Write a sentence about your favorite film from the list in Mandarin Chinese in the comments — We will respond with corrections!

Read more to check out the list of 7 Movies in Chinese You Have to See Before You Die. 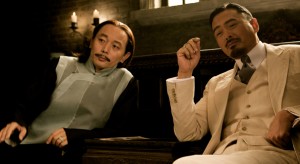 Let the Bullets Fly is an ultra-violent dark comedy set during the roaring 1920’s. The plot centers around a bandit named Zhang AKA ‘Pocky’, who arrives at a remote provincial town [think Western meets China] and adopts the identity of the town’s mayor. Trying to make a quick buck, Zhang soon finds trouble and meets his match with the local mob who is not about to let Pocky run their turf.

Why do I need to see it?

You can rent the film on iTunes in both High-Definition and Standard-Definition. 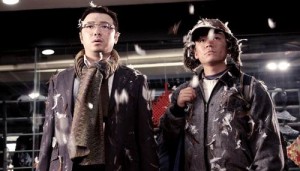 Chengong Li, an arrogant CEO of a toy corporation, is planning to head back to Changsha to celebrate the Chinese New Year with his family. His plans change when he accidentally books an economy seat on his flight home and finds himself sitting next to first-time flyer Geng Niu. Niu is a gullible migrant worker and is also setting out on a journey to return to Changsha to claim his defaulted wages from working as a milk-extraction technician. The clash of these two from extraordinarily different walks of life begins a comedy of errors as the two embark on a hilariously chaotic journey as they try to make their way back home.

Why do I need to see it?

This movie is a bit hard to find, but it is worth buying. Click here to buy Lost on Journey! 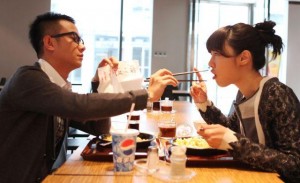 A cynical take on the wedding planner rom-com; this one has a refreshingly bitter perspective when a wedding planner must endure happy couples after breaking up with her cheating boyfriend.

Love is Not Blind is available for free online! Click here to watch it. 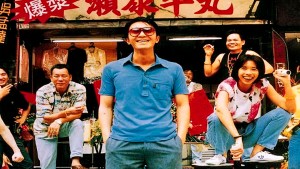 If Gordon Ramsey were the lead character of the hit movie “Chef” that was in theaters last year, you might end up with something like God of Cookery. The story follows Stephen Chow (played by the real-life Stephen Chow of Shaolin Soccer fame), a pompous chef who has the title of the “God of Cookery”. An understudy reveals that his achievements are actually a fraud, and Chef Chow has a serious fall from grace. Roles are reversed when Chow unites with a meek street vendor, and they work together to help Chow reclaim his title.

God of Cookery is available for free online! Click here to watch the full movie for free (in HD!). 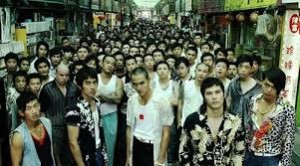 Mongo is a Taiwanese film, taking place in the late eighties after the military dictatorship had ended. Mosquito, the narrator of the film, receives an invite to join a gang after he participates in a foolish fight over a chicken leg. Mosquito is intoxicated by the brotherhood and kinship he finds from the gang, yet soon begins to question the violence he finds himself surrounded by.

Click here to rent it from Amazon Instant Video. 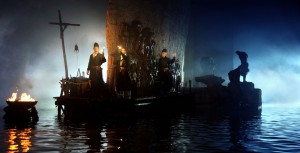 Detective Dee is very loosely based on the mythical Chinese detective of the same name. The film is set during Empress Wu’s reign during the Tang Dynasty… and the historical similarity ends there. The stories centers around mysterious, grisly occurrences in which the townspeople are self-combusting. Empress Wu releases the infamous Detective Dee from prison to help solve the case, taking the viewer on a roller-coaster ride as he works against the clock to solve the ‘mystery of the Phantom Flame’.

Why should you see it?

Where can I watch it? 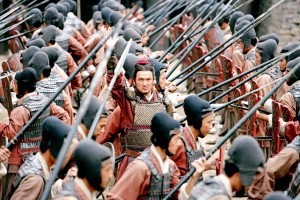 John Woo directs this historical epic about a civil war between the ‘Three Kingdoms’ thousands of years ago. General Cao Cao declares war against the rebellious southern provinces during the Han Dynasty. His intention of unifying the entire country soon hits a major roadblock: the two southern provinces form an alliance causing Cao’s army to be outnumbered. Cao must utilize complex formations and radical strategy to defeat the overwhelming number of troops.

Why should you see it?

You can watch the entire film for free (in HD!) on YouTube.

Add these movies to your viewing list and don’t forget to leave a comment on which one was your favorite! Also, if you want to practice using any of the vocabulary above, leave a comment and we will correct it for you :-).