Learning Chinese characters may seem intimidating, but I have a secret technique!  The key is to learn the WAY to learn Chinese Characters.  I know that may sound complicated…but it’s really not! Consider this…

There are two main components to learning any language: Figuring out what to do, and then doing it! Doing it takes discipline, but it truly can be done by just about anyone. Most people that quit learning a language do so because they can’t figure out what to do. The two main difficulties people encounter when learning the Chinese language are mastering the tones and the characters. This is why the dropout rate in colleges for Mandarin as a foreign language is 4x higher than that of Spanish or French.

So let’s break it down…

For tones, start by listening and mimicking audio recordings of native speakers. This will put you way ahead of the game. Trying to go from pinyin and tone charts to correct pronunciation is a surefire way to fail.

You can’t just look at a tone chart and think you can now pronounce tones correctly. 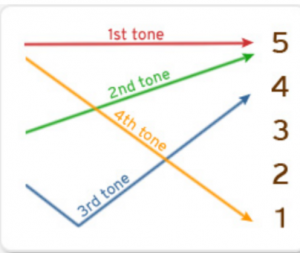 People often think in terms of these lines and try to produce sound, rather than listening and repeating the tones. That creates a big disconnect between what they think they are saying and what they are actually saying. If you’re thinking of these “tone lines” instead of listening to actual native speaker tones, you’re setting yourself up for failure. Instead, you have to listen! Master the sounds first, then learn how to write those sounds. That applies to pinyin, bopomofo AND characters!

The fact that you are here on ChinesePod is fabulous. The authentic, conversational audio is great, but, you still have to make use of it! Owning spinach won’t bring you any health benefits; eating it will. You can make use of ChinesePod’s pronunciation tools and be sure to check out the Say it Right series! 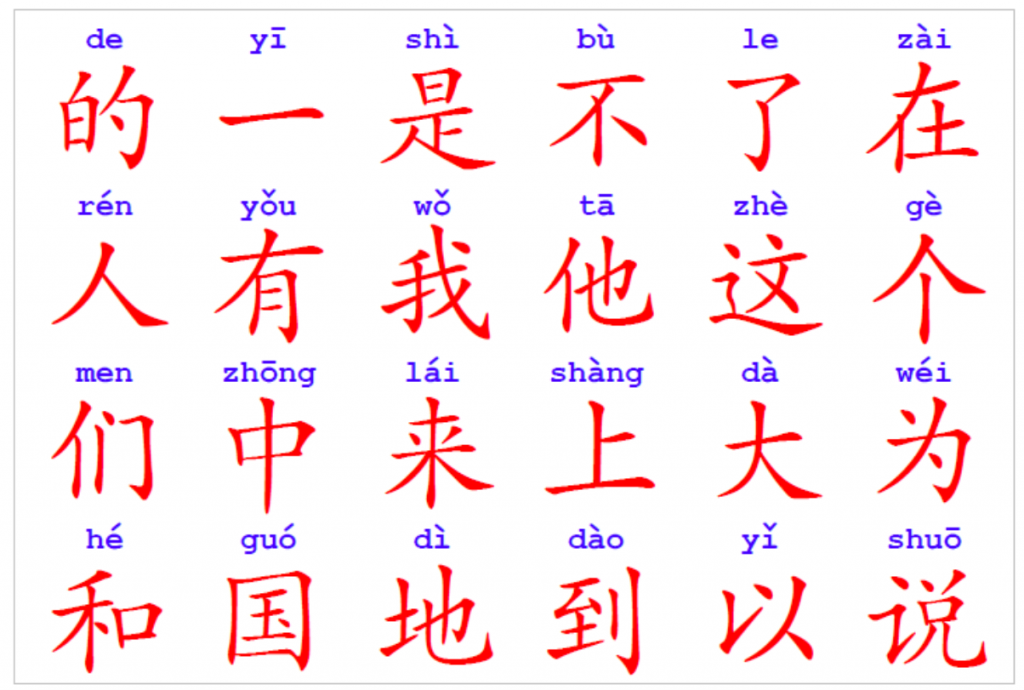 You can’t just break them down into whatever parts you want. Well, you can, but you’re creating more pain and suffering for yourself. If you break 愿 yuàn “to be willing” into 厂 factory + 白 white + 小 small + 心 heart, you’ll miss the fact that it’s really 原 yuán + 心 heart/feeling! Trying to remember parts as unrelated as “factory,” “white,” “small” and “heart” while trying to tie them to the meaning “to be willing” and the sound yuàn is just a lot of extra work! As this example shows, characters are made up of parts that express sound and meaning.

So…do you want to know how characters really work?

If you learn using functional components, you can reap benefits such as clearing up confusion caused by similar-looking components, such as 艮 vs. 良, being able to make intelligent predictions about the sounds and meanings of characters you haven’t even learned yet or improve your ability to recall a character’s form similar to a computer input method. Read on!

The problem is, you can’t tell with any certainty how a modern character works just by looking at it. That’s why we made the Outlier Dictionary of Chinese Characters, which is an add-on for Pleco. Our dictionary solves the “understanding” problem. Now you just have to put in the time to learn.

Ash Henson is the co-founder of Outlier Linguistics.
Originally an engineer working at NASA’s Johnson Space Center, Ash is now a PhD candidate specializing in Chinese paleography in the Chinese Department at National Taiwan Normal University after having previously also become a PhD candidate in Teaching Chinese as a Second Language. You can check out Outlier’s new
Chinese character masterclass or check out Ash as a new, budding ChinesePod guest host!