Mad Max has hit cinemas again after a hiatus of almost 3 decades. In today’s post I’m going to show you what it is called on the cinema posters in China and Taiwan, as well as breaking down the titles and tagline.

The first Mad Max came out in 1979, and it was one of my favourite movie trilogies as a child growing up. What is great about the latest offering is that it offers new audiences a chance to see inside the mind of George Miller’s creation all over again.

Now let’s take a look at the name of the film in China and Taiwan.

What a lovely day

If you get a chance to see this movie in China or Taiwan, you’ll now know how to order a cinema ticket like a boss.

Go check out the movie if you get a chance and let us know if you see any other translations where you are. 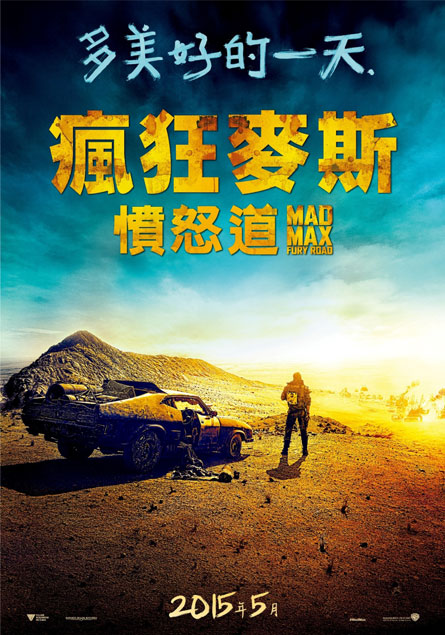 For some video clips with simplified Chinese, click here.