Who doesn’t love to watch TV? Whether it is a sitcom, romantic drama, crime thriller, or reality series, there’s usually a genre available for every taste. TV is often labeled a guilty pleasure – the more hours you spend in front of it, the guiltier you may feel. While wasting away those hours glued to the screen, a small voice at the back of your head whispers that you should really be reviewing the new vocabulary from your ChinesePod lesson, right? Well, for those of us learning Mandarin, there’s a way to enjoy watching edge-of-your-seat thrillers or tear-jerking romantic dramas without the guilt. At the same time, it will allow those new Mandarin words you just learnt really soak in.

The secret? Chinese dramas. Read more for my five tips for taking advantage of watching Mandarin Dramas to maximize on your language retention.

Over the past five years, I have developed a great respect and love for Mandarin dramas, starting with modern-day romantic-comedies typical of Taiwanese-style dramas, and have recently grown to include the suspenseful action-packed Kung Fu and historical shows typical of Mainland Chinese dramas. At the time I began watching dramas, I had been on a hiatus from studying Mandarin for a few years, causing me to forget nearly everything I had once learnt. Within a year of watching Chinese dramas regularly, the Mandarin I previously learnt had returned and my listening skills improved significantly beyond what they ever were in the past. It has been five years since I made the switch from American television to Chinese dramas and in that time, I’ve realized there are five important reasons why every Mandarin learner should watch Chinese dramas.

1. Enhance your Listening Skills by Increasing your Exposure to the Language

Many study Mandarin without the important benefit of being immersed in a Chinese-speaking community. Regularly viewing Chinese dramas will provide you increased exposure to the language by listening to the dialogue between characters experiencing situations typical to those one might face in real-life. The Mandarin language used by characters in dramas is essentially the same as what you would hear amongst native-speaking friends (though I might add, friends who lead very exciting and dramatic lives). Contrary to popular belief, even if your Mandarin has not yet reached a level of fluency where you’re able to fully understand the dialogue in a Chinese drama, my experience has taught me that reading English subtitles actually helps your Mandarin improve because characters in the show often repeat the same words and phrases from episode to episode. Before you know it, you will find you have memorized a new phrase in the time you thought you were taking a relaxing break from your Mandarin studies. 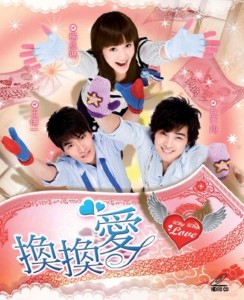 What better way is there to sound like a native speaker than to learn the slang that locals speak? Not only will you better understand the context of popular phrases you may have previously learnt in your Chinese lessons by listening to characters use them in various situations, but oftentimes, new phrases are actually developed from popular dramas themselves. One very well-known example is the term “xiǎosān” (小三) from the popular Taiwanese show, The Fierce Wife (Xīlì rénqī | 犀利人妻), which means the “other woman/man” in a relationship. And it wasn’t until I watched an old Taiwanese drama titled Why Why Love ( Huàn huàn ài | 换换爱) that I truly understood all the scenarios in which one can say “Jiā yóu” (lit: add oil, meaning to cheer someone on or wish them luck) which is a phrase commonly used throughout the show. I watched this drama when my Mandarin skills were fairly beginner and despite needing English subtitles throughout, I was able to learn and fully understand this phrase by the time I finished the series as a result of hearing it used in various contexts. 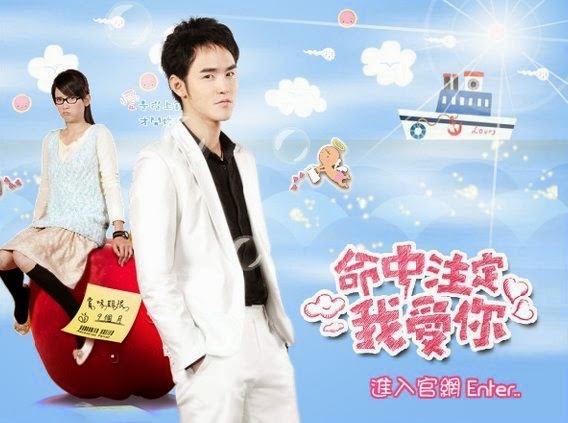 While dramas from any country typically feature stories which are much more dramatic than what occurs in the real world, they still provide a good reflection of cultural norms, standards, and behaviors in modern society. The same holds true for Chinese dramas. Plotlines focused on workplace issues, romantic handlings, or family life will give you a deeper understanding of the interactions and complexities of balancing traditional Chinese culture with modern social norms. For example, you can learn about how subordinates are expected to treat their boss at work, and the proper way of addressing your boss in Chinese culture. Specifically, Chinese dramas have taught me how the vocabulary for the various levels of management within a large corporation, such as: Managing Director (Zǒng jīnglǐ，总经理), President（Zǒngcái，总裁）, and Chairman of the Board (Dǒngshì zhǎng董事长). I recommend viewing Fated to Love You (Mìngzhòng zhùdìng wǒ ài nǐ ｜命中注定我爱你), one of the top-rated Taiwanese dramas of all time, or Office Girls (Xiǎozī nǚhái xiàng qián chōng｜小資女孩向前衝), both depicting work-life of an ordinary young professional.

4. Learn Chinese history in the most Entertaining of Ways 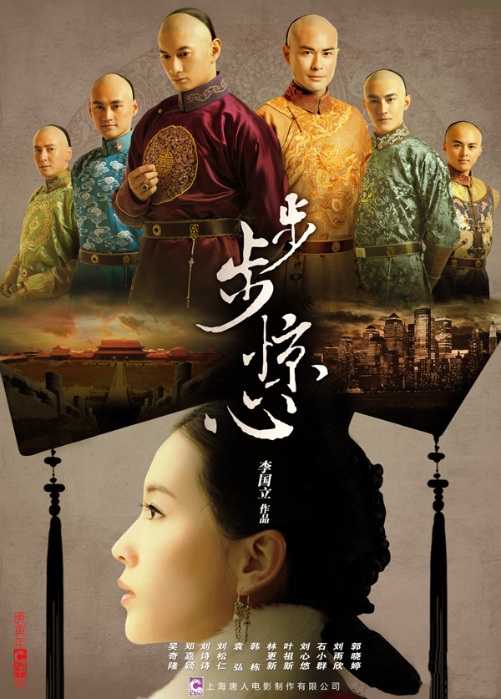 While a history lesson on the many Empires of Ancient China doesn’t excite every Mandarin learner, most whom have reached an intermediate level can attest to the profound impact that history has on the language; largely, the origins of chéngyǔ|成语, or idioms. Often Mainland Chinese dramas tell a fictitious story, set against a backdrop of real historic events featuring characters based on real-life figures. Historic Mainland dramas are a great way to learn about Chinese history, as well as formal aspects that continue to play a vital role in contemporary Mandarin language. With so many dramas set in bygone empires, they are a great way to learn about the various dynasties that once ruled the vast country and the dynamics of palace life that still intrigue millions of Chinese people today.

A great drama I watched recently is called Scarlet Heart (Bù bù jīng xīn | 步步惊心, based on a famous novel by Tóng Huá (桐华), set in the 18th century during the great Kangxi Emperor’s reign and the rise of the Yongzheng Emperor. Before watching this drama, I had not studied the various empires and could not tell you when the Kangxi emperor reigned, nor who his sons were and the successor to the Throne. By the end of the drama, I had a clear understanding of this important historical period of time in Chinese history. Since most dramas combine fact and fiction, as the story draws you in further, you will find yourself compelled to research the real story. Before you know it, you will have completed your own personal history lesson of one time period in Ancient China.

5. Learn about the ever-popular “Wǔxiá” genre and a fantasy world called “Jiānghú” 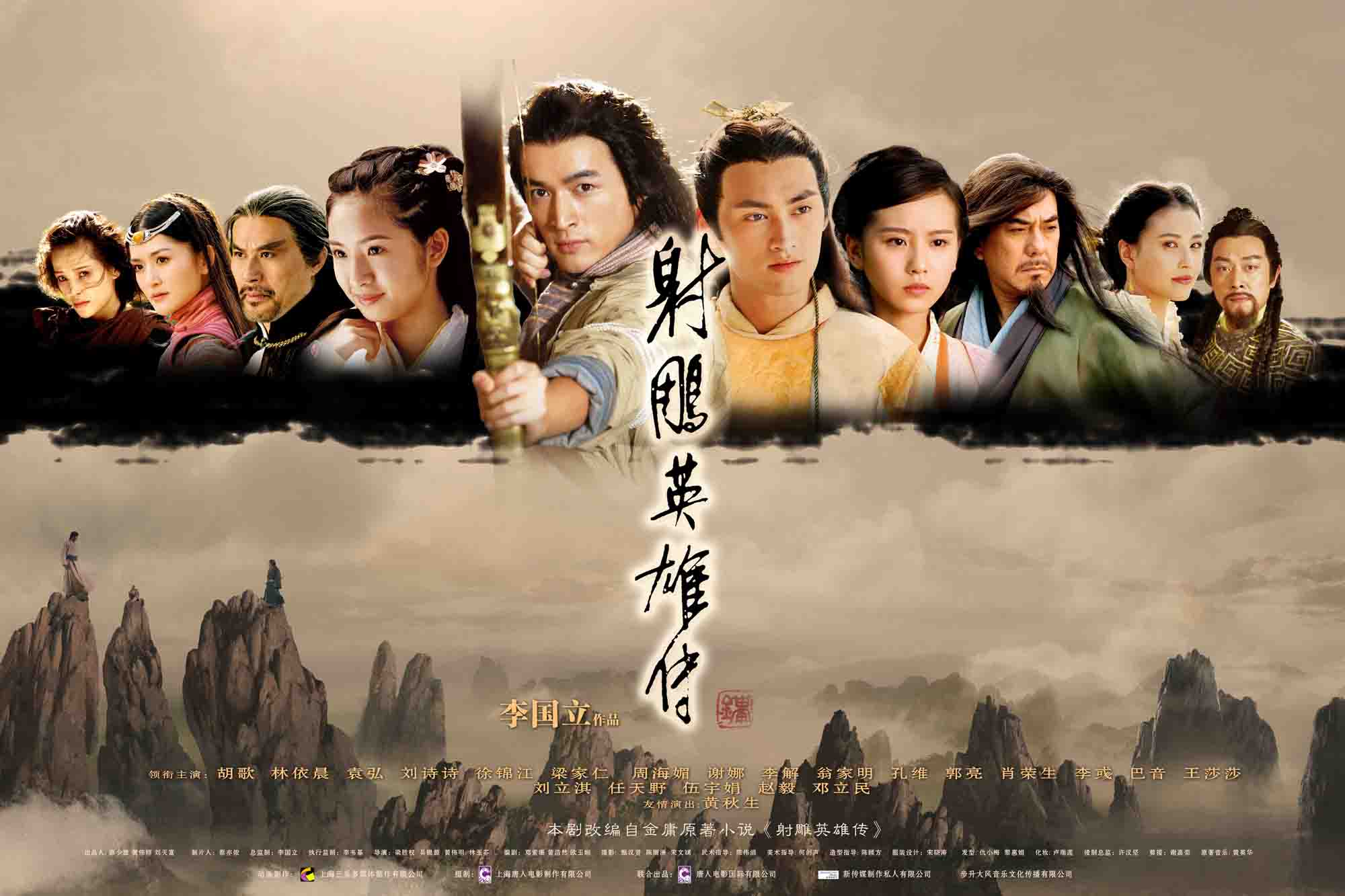 A common genre you’ll find in Mainland Chinese dramas is Wǔxiá (武俠), which means “martial hero”. Originating as a literary genre centered on Martial Arts, it has since extended to the television. Set in ancient times, the common themes are evil vs. good and revenge vs. forgiveness. In wuxia dramas, the main characters learn these life lessons as they roam the exciting world of Jiānghú, (江湖),, a fantasy world where people live by their own moral beliefs rather than according to law placed by society. The main characters often encounter the various martial arts masters and heroes of the jianghu, who teach them Kung Fu. Often these characters eventually become great Kung Fu heroes themselves. Through watching these dramas, you will start to understand this culture that has captivated the Chinese people’s imagination for many decades. A great place to start is a classic drama that has been remade countless times, titled Legend of the Condor Heroes (Shè diāo yīngxióng chuán|射雕英雄传), based on the famous book of the same name by Jin Yong (Louis Cha in English).

Whether it is set in modern day or ancient times, features romance or action, there is sure to be a Chinese drama that will intrigue and captivate you. I have always believed that culture and language are intertwined; Chinese dramas allow you to increase your exposure to both the culture and the language, at your own pace, and within your own control. By switching to Chinese dramas, you can sit back, relax, and turn your guilty pleasure into time well spent.

讨厌Tǎoyàn ＝ “hateful/ disgusting”. However, this is often used in a flirty or joking manner

干嘛？Gànma = “What (do you want)?” (often used in an angry tone, instead of shénme什么？)

Take what you’ve learned from watching dramas a step further and try out ChinesePod! With over 3,500 lessons at your fingertips, y0u have the freedom to study the Mandarin you want to learn… on your own terms. Get 20% off your purchase with our exclusive blog offer here: