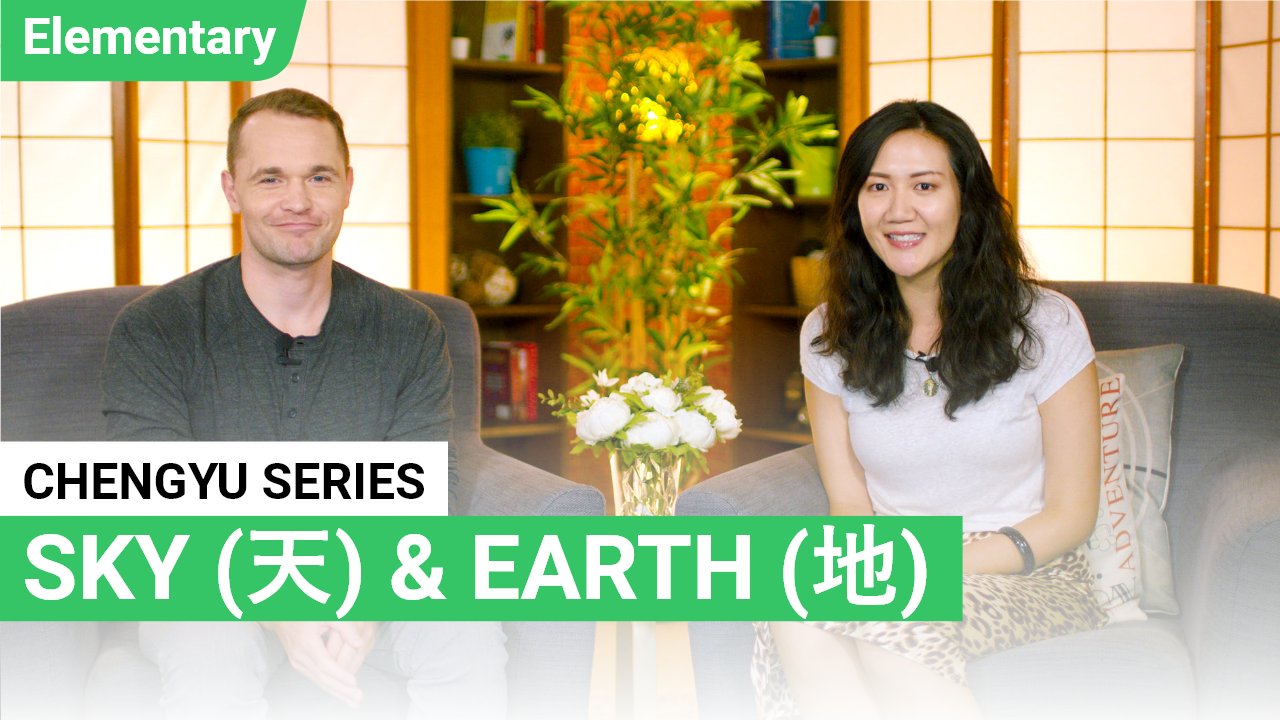 Chengyu are Chinese idioms that consist of four characters. Although they originate from classical Chinese, Chengyu remain as an important aspect in both spoken and written language. They may seem erratic and confusing to you at first since they don’t follow the usual sentence order and their meanings depend heavily on context. But don’t worry, in this Chengyu series, we will introduce simple Chengyu made up with all the characters that you already knew, and you can infer the actual meaning by looking at the separate characters!
In this lesson, let’s take a look at a Chengyu with Sky & Earth 天地!
Editor's note: At 4:40, the pinyin for 天 should be [tiān] instead of [tán].
Pin audio player. Unpin audio player.
Full Lesson Vocabulary Review
1x