How Often Do You Workout? Elementary PREMIUM 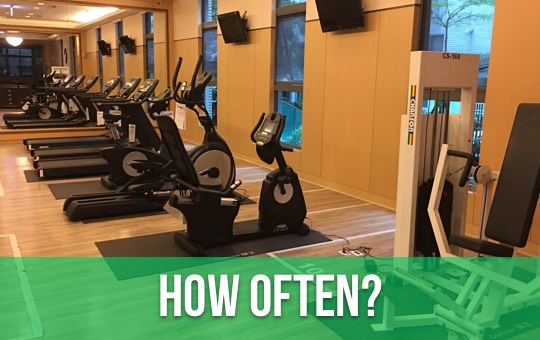 How Often Do You Workout? Elementary PREMIUM

In this lesson, we learn how to ask about frequency, specifically, asking someone how often they do a certain activity.
One of the most common ways to do this is by using the following structure: Subj. 多久 Verb 一次 ( Obj.). You can also substitute 多久 with 多长时间. When responding, you want to start by saying the time period first, and then the amount of times you do it which is the opposite to English. In English you might say "Twice a Week" and in Chinese you would say, "One Week, Twice."