How do you say “Road Rage” in Mandarin?

It happens to the best of us. Biking, walking, driving; No matter what form of transportation we opt for, we can’t escape it that feeling of frustration that grows inside of us, that is, none other than Road Rage. In Mandarin, this is called lù nù ｜路怒.  However, the term road rage typically describes irrational frustration and anger as a driver of a vehicle. In this blog, I’d like to discuss situations when you have road rage resulting from other bad drivers –literally and simply rage while being on the road.

If you have ever visited or lived in China before, the rules of the road can be drastically different from, and sometimes even opposite to, those of many Western countries. For example, being from Canada, where people are famous for their politeness, every day when I walk to work, I find myself frustrated at drivers who try to cut me off (as a pedestrian) while trying to race to make their right turn before I start walking across the street, or drivers who fail to signal (dǎ fāngxiàng dēng打方向灯), or even worse, drivers who try to run an orange light but end up running a red light. However, when it comes to the road, no matter where you are, it never fails to transform even the friendliest of people. When in Mainland China or Taiwan, the rules of the road can be just as foreign as the language. Using vocabulary we learned from the exciting Chinesepod lesson “Road Rage”, here are 3 interesting situations you may find yourself stuck in next time you visit Mainland China or Taiwan, and how you can scold that person who wronged you on the road in “proper” Mandarin.

However, before you read on, I must warn you, use these words with caution. When speaking in a second language, harsh words often don’t sound as bad as when you use them in your native language because it takes time to truly “feel” the tone of what you are saying, but in actuality, some of these phrases may be the equivalent to swearing, so proceed to use them carefully. 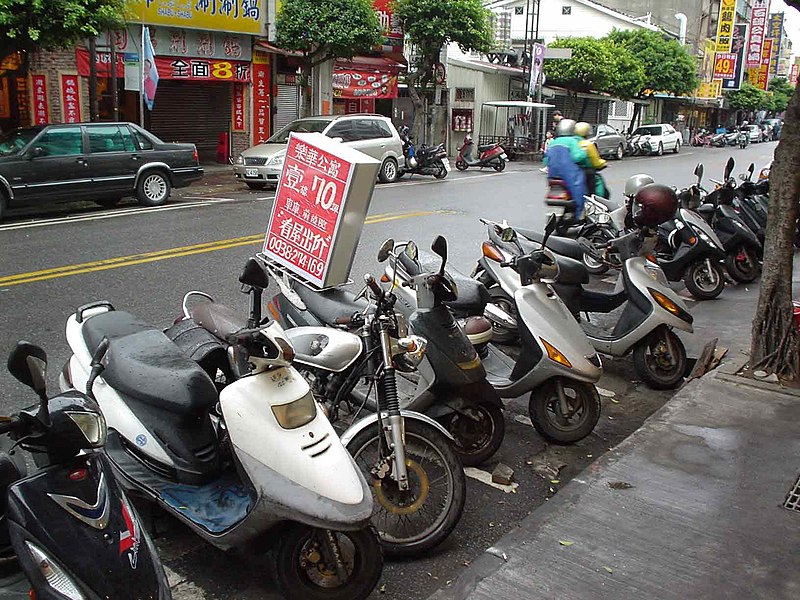 Imagine for a moment: you’re walking casually on the sidewalk in Taipei, taking in the sights of the city, snapping photos as you stroll. Before you know it, you glance ahead of you, and … there’s a motorbike in full speed coming straight at you! What do you do? You freeze. You panic. You see your life flash before your eyes! But … just as fast as it appeared, it’s gone – the motorbike has already swerved around you and continued to zoom down the sidewalk, leaving you standing on your own in a daze. You let out a sigh of combined relief and frustration. You didn’t even get a chance to scold the driver who almost gave you a heart attack. Even if you had time, you realize, you may not even know how to effectively scold him or her in Mandarin.

I lived in Taiwan for 1 year, and by far, the biggest pet peeve I encountered throughout that year was motorbikes on the sidewalk.  Often in situations similar to the one described above, you won’t even have time to shout any words of “wisdom” to the driver who almost runs you over. But if you see him or her coming towards you with a few seconds to spare, and if you’ve practiced some useful phrases in advance, you may be able to squeeze in a passionate “gàn shénme｜干什么?” meaning “what are you doing?” before he or she speeds by you. Or if you are really angry, you can pull our the following phrases we learnt from this Chinesepod lesson and sound like a native speaker:

In Asia, taking taxis are more common than in many Western countries due to lower fares. Also as tourists, you are much more likely to require a taxi than in your home country where you may drive or walk because you are more familiar with your surroundings. In Mainland China and Hong Kong it’s common to hear stories from foreigners of taxis rushing to get more fares, dropping off customers in a haste to move on, that they barely even have time to confirm it’s the right destination.

Uber, recently purchased by DiDi Chuxing, has been a huge success in Mainland China over the past few years. I haven’t been back to China since the change; perhaps it is different now, but from my experience using Uber previously, it was common to encounter a driver who is not familiar with the roads. I recall one Uber experience while visiting Shanghai a couple of years ago. The driver continuously needed to look at the map on his phone for directions. In the end, your fare might be much higher than it needs to be because the driver was not able to find shortcuts or ended up unknowingly getting caught in a traffic jam. And worse, sometimes the driver decides to take the “scenic route” intentionally, just to increase the fare and earn more money. In these situations, here are some useful Mandarin phrases yto get to your destination quicker:

Zěnme huí shì｜怎么回事 – what’s going on? (say this with a strong tone of voice for situations when you are confused why another person is doing something), then you may proceed to ask the driver further where he is going and why he is taking the long route.

And if you find out he is doing it intentionally, you can call him out on his actions by saying the following phrases:

Tài kěwù le!｜太可恶了！ or Tài guòfèn le | 太过分了, both used in situations where you feel the behaviour of others is despicable. Alternatively, you can opt for a passionate “gǎo shénme guǐ｜搞什么鬼？meaning “what the heck / hell?” 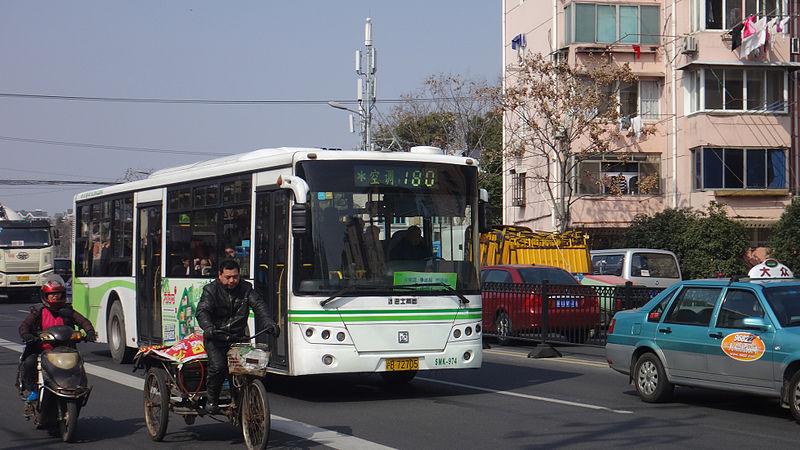 As a rule, if you are a pedestrian in Mainland China originally coming from a western country, don’t expect you always have the right of way. Specifically, don’t expect a bus to give you the right of way when he makes a left turn. The bus is bigger and stronger than you. If you insist on your rights, you will be the one who suffers for it.  Therefore, as much as you may feel angry about it, you must yield to the bus driver who decides to cut you off even though you abided by the rules and walked across the street with the walking signal flashing. There’s probably no use in yelling at the bus driver. He can’t hear you anyway. But if you want to let off steam, here are a few things you can say:

Traveling to a foreign country always brings with it a new culture, language, and of course, foreign road rules. It’s always best to follow the local rules in any situation, where ever you are. What works in one country simply does not work in another; the most tiring and frustrating thing a tourist can do in China is have the expectation road rules apply universally across the globe; you will only to be met with repeated frustration. Sure, sometimes these differences in road rules and culture can cause headaches, but they also can sprout some of the most hilarious and interesting travel stories to share with your friends back at home and fellow travelers. Share your interesting stories, pet peeves, or hilarious encounters when it comes to road rage in China in the comments below and refresh your memory with some of the main phrases from this interesting Chinesepod lesson.

Other useful Mandarin phrases from the Chinesepod lesson “Road Rage” to use in situations when you encounter bad drivers:

Bái chī zài kāi chē a! | 白痴在开车啊！＝ Are you an idiot (that’s driving)?

Gǎnzhe qù tóutāi｜赶着去投胎 ＝ Are you in a rush to be reincarnated? (this is a very Chinese way of saying “Why are you in such a rush?”, for example, in situations when a driver is impatiently honking at you from behind, trying to tell you to drive faster.

And lastly, of course, if you are the driver, pedestrians are often the problem. In situations where a pedestrian crosses the road without looking left and right, you can shout at them: zǒu lù bù kàn lù! (nǐ shì zài) zhǎosǐ ma? | 走路不看路！(你是在)找死吗？ = You don’t watch where you’re walking! Are you looking for death? After all, it’s for their own good if you make them realize their behavior is dangerous.

‹ How to say ‘YES’ in Chinese? 18 ways to express agreement in Mandarin › How To Learn Chinese – Where to start