Chinese food has proven to be one of the most adaptable and widespread cuisines on earth. As Chinese people immigrated and travelled abroad they often opened restaurants.  Over time, these restaurants had a tendency to tailor the cooking techniques and flavors of home to suit the new cultures and society that they served.

There are actually 8 very different types of Chinese foods, and they are as different from each other as Cajun cooking is from Californian nouvelle cuisine.

Let’s look at these different Great Cuisines.  First up: Canton.

Cantonese food tends to be sweeter, and the braising and stewing, accentuated by mild and often subtle sauces.

Cantonese food is the most popular style internationally.

They eat a very wide variety of foods. The dishes they serve don’t have strong flavors since it is lightly seasoned, and they often tend to be a little sweet.

The wide variety of things that are found in Cantonese dishes led directly to the saying “They eat everything with four legs except tables and everything that flies except airplanes”.

Dishes might feature snakes, cats, dogs and all kinds of seafood that are simply not familiar to most foreigners. 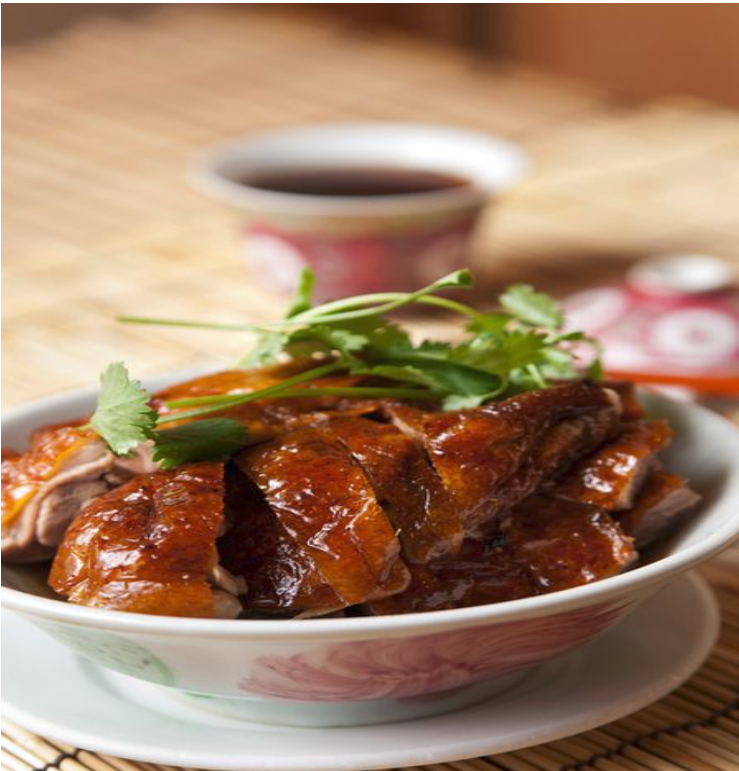 Keep that in mind when you are ordering something off the menu with strange Cantonese names so be sure to ask first, or you might be very surprised (and dismayed) by what shows up at the table.

In Cantonese cooking, the goal is to preserve the food’s original flavor. This makes it very different from other Chinese regional cuisines—notably Sichuan which features food prepared with a lot of strongly flavored spices and  savory oils, In Cantonese food the aim is to highlight the simple flavor of the food itself. Very little spice or sugar is used generally.

This produces food dishes that are mostly for developed palates. The flavors can be so subtle that they can seem bland to foreigners used to foreign adapted version of Chinese food. It takes some time to appreciate the mild and distinct flavors of the meat, vegetables and fruit.

Also, very unlike overseas versions and some regional styles, Cantonese tends to be much lower calorie. Much of that is because of the sparseness of oil or grease in food prep.  Cantonese chefs also do not use dairy products.

This makes it much healthier than the concocted “crab rangoon” fried cheese wontons or oil laden sweet and sour pork fried rice meal deal at a Chinese fast food restaurant. There are not a lot of calories in the dishes. It makes for fine well balanced meals.

Other notes on Cantonese Cuisine

Spices used: Chives, coriander leaves, anise, touches of black pepper, and slivers of ginger are the most common.

Rice vinegar and a pinch of salt  is often used to enhance vegetables. The extra flavor that really gives Cantonese food its distinction is a pinch of sugar and a tiny bit of sesame oil.

But again, restraint is the key principle when it comes to spicing. For example, fresh seafood is treated very delicately. The Cantonese steam it and will only add just a little soy sauce, ginger or perhaps bits of chives.

The sauces tend to be a little heartier in flavor in Guangdong cuisine. Stout sauces like hoisin, oyster, plum, sweet and sour, and of course soy sauce are offered at the table or upon request.

Steamed Eggs are made by beating eggs to a creamy consistency and then steaming. 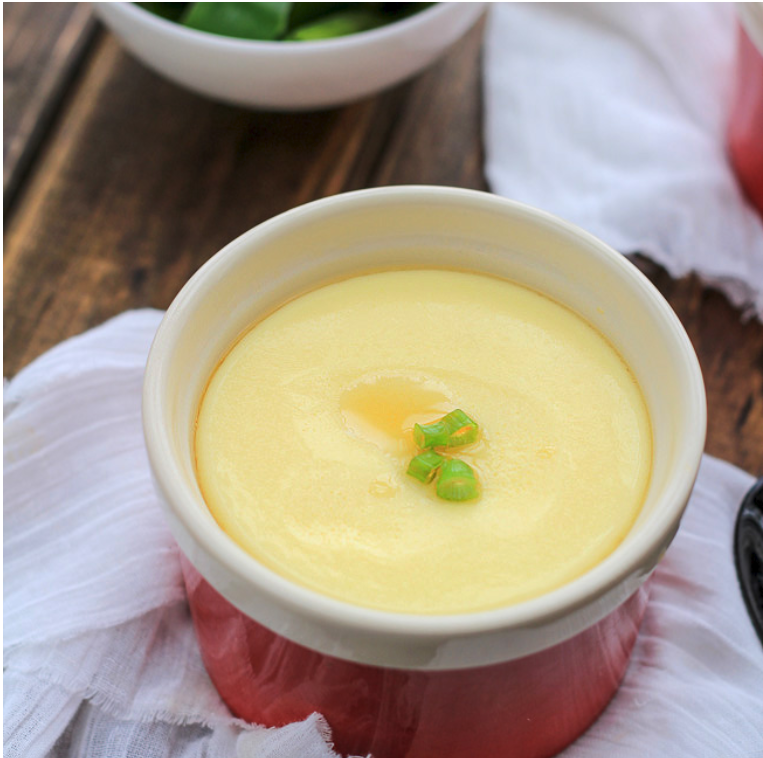 Although deep fried dishes are not the main stream of Guangdong dishes, there are quite a number of them which are popular around the region.

A youtiao (油条 /yoh-tyaow/ ‘oil strip’) is a long, golden-brown deep-fried strip of dough. Youtiaos are usually eaten for breakfast with soy milk.

Zhaliang (/jaa-lyaang/ ‘fried two’) is made by tightly wrapping a rice sheet around a youtiao (deep-fried dough stick). Zhaliang is widely eaten in Guangdong and Hong Kong. It is usually eaten with soy milk.

Shahe noodles (shahefen /shaa-her-fnn/) are a kind of rice noodles which probably originated from the town of Shahe that is now a part of Guangzhou. They are broad and white in color. Their texture is elastic and a little chewy. They do not freeze or dry well and are thus generally (where available) purchased fresh in strips or sheets that may be cut to the desired width. Shahefen is popular in Guangdong, Guangxi and Hainan in southern China. 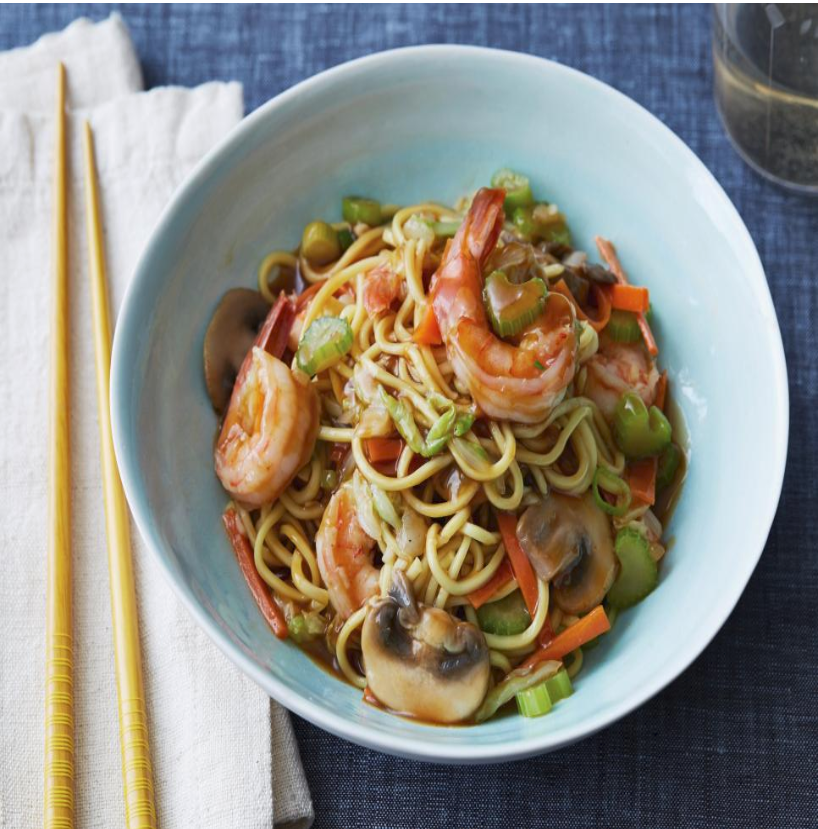 White cut chicken is made by boiling salt-marinated chicken in water or chicken broth. When it is done, the chicken looks golden in color and tastes fresh and light, preserving the best of the original taste of chicken.

That about sums up Cantonese cuisine. To sum it up, Mild. Very mild, with sparing use of subtle spices. Lots of steamed food of a shocking variety that is prepared in such a way that other flavors do not overpower its natural flavors.

In our next article we will be considering the Chinese cuisine that many people would consider to be the polar opposite of Cantonese:

Sichuan cuisine, is also known or spelled as Szechwan cuisine, or Szechuan cuisine (/ˈsɛʃwɒn/ or /ˈsɛtʃwɒn/) and it is a style of Chinese cuisine originating from Sichuan Province.

and “Phrases Which Will Impress Your Chinese Friend”

‹ 5 Apps to Help You Better Integrate in China › What Exactly is Chinese Pinyin?