9 of the Latest Chinese Movies You Need to Watch

Alright… you’re in the mood for watching a movie tonight but you have one requirement: that the movie be in Mandarin. Now you need to decide on a genre: Comedy, Sci-Fi, Horror? Hmph… one problem: all you know are Kung-Fu movies. As much as you love Kung-Fu movies, you want more options. Well great news!  We have curated a list of movies in Mandarin, broken down by genre, so you can pick and choose based on what you’re in the mood for. Read more to check out the list and some fun cinema-related vocabulary! 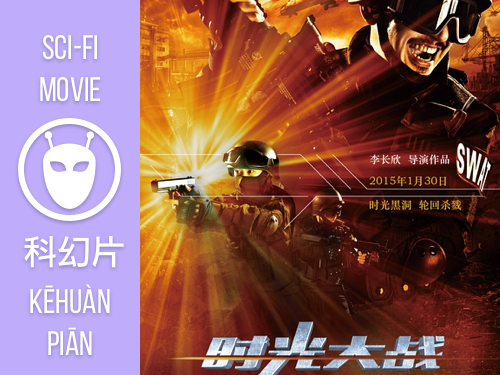 Chinese filmmakers don’t usually tackle the Sci-Fi genre, and this film isn’t a Sci-Fi in the classical sense: think of it as a video-game, played out in cinematic fashion. The protagonist spent many hours playing video games (玩(儿)游戏 | Wán/Wár yóuxì) when he was a young child. His passion ends up becoming a reality when he finds himself apart a real-life video game war. The Chinese title (时光大战 | Shíguān dàzhàn) actually translates as “Time Wars” and is a huge hint to the plot of the movie… but you will have to watch the film to find out why!

This is a love story about a woman who embarks on a journey to find a man that her grandmother fell in love with years ago. Whilst on her journey, she meets a man who is on a trip to find a woman his grandfather fell in love with (hmmm… coincidence much?). The two decide to take the journey together and along the way, they end up falling in love. But there’s a small caveat… the woman is already engaged to be married. Now she finds herself torn between her fiancé and new beau. Talk about a tricky love triangle (三角恋爱 | Sānjiǎo liàn’ài)! If you like tear-jerkers, grab your tissues and watch this cute love story. 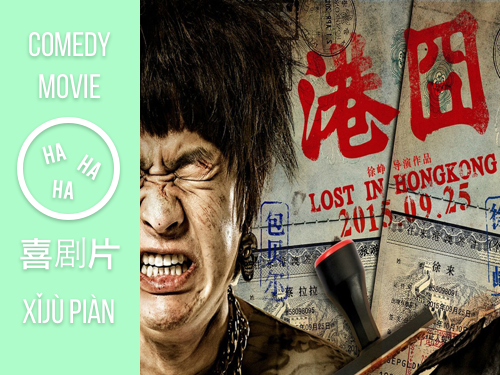 Lost in Hong Kong is a funny action/comedy hybrid about a man taking a trip to Hong Kong to find a girl he hooked up with in college. His bumbling brother-in-law follows him around and comedy ensues. The two venture through the streets of Hong Kong, on a journey that is a lot more action-packed than what they originally bargained. An added benefit to this film is that it contains a lot of interesting colloquial Chinese, great for listening comprehension. Go ahead and get Lost in Hong Kong. 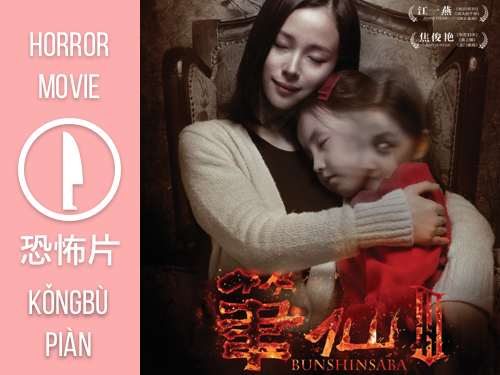 中国的恐怖片基本上都是鬼片。可能因为文化传统的缘故，亚洲恐怖片涉及到鬼怪的内容比较多。中国恐怖片也有自己的特色。
Before we get to the synopsis, a small cultural note: China’s scary movies are pretty much all ghost films. Maybe this is for cultural reasons, but the majority of horror movies coming out of Asia deal with ghosts. Chinese horror movies have their own special characteristics.

Knowing that, here’s a ghostly horror movie about a woman named Yuan Yuan who has been hired as a tutor to the young daughter of a family that lives in a decidedly creepy house (imagine that!). Yuan Yuan also happens to be a Ouija “Expert” and naturally decides to do a séance in the house (because duh). As we all know, seancés in spooky abodes have never lead to anything good and all sorts of ghostly events begin to transpire, including the young daughter becoming possessed (thanks a lot Yuan Yuan!). Yuan Yuan constantly asks the ghosts “who are you?” (你是谁？| Nǐ shì shéi?), but what she really needs to figure out is who she is…so who is she? *Dun, dun, dun!* You’ll have to watch Bushinsaba 3 to find out. 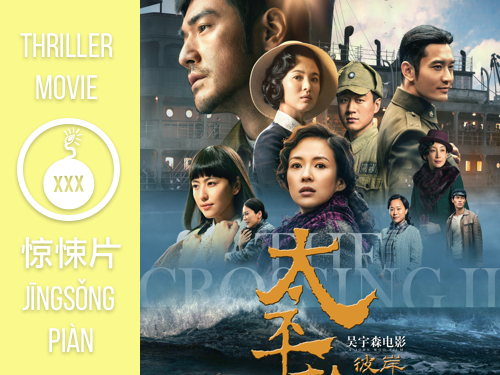 This John Woo thriller is…well, pretty much the Titanic in Chinese. The story takes place directly after the Revolution in 1949, and details the tragic story of the Taiping, a steamer headed for Taiwan from Shanghai. Part I is a two hour long introduction of the characters that drags on a bit, so I suggest you sail right into Part II where…well, the boat sinks of course. But don’t take that as a plot spoiler (情节扰流板 | Qíngjié rǎo liú bǎn). The drama surrounding the event will still have you holding your breath from beginning to end. 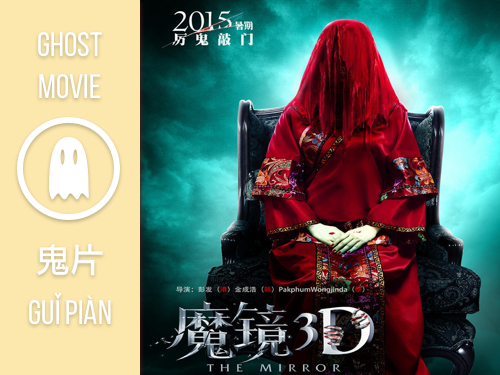 Mirror 3D is your typical ghost film filled with jump scares, the undead, and a slew of clichés you would expect from a ghost film: dark hallways, the undead, and of course, that one girl with the white dress and long, black hair who crawls on the floor (can we say typecasting!?). Just when you thought your heart couldn’t take anymore, the movie is in 3D too! Of course there’s a lot of silence leading up to jumpy moments, so you probably won’t benefit too much from listening practice. However, if you like ghost movies as much as I do, then check out Mirror 3D. If ghost movies aren’t your cup of tea, all you need to say to your friends is  很多人怕看鬼片，特别是我。| hěn duō rén pà kàn guǐpiān, tèbié shì wǒ (Lots of people are scared to watch ghost movies, especially me)

Wild City is a Hong Kong crime film surrounding a character named T-Man, who is neither a good cop nor bad cop, just a man tired of how corrupt money has made the world around him. His old life still haunts him: triads seem to be lurking around every corner. This movie will fulfill your need for car chases (追车 | zhuī chē), fights (打架 | dǎjià), gang rivalry (黑帮 | hēibāng), and stunts (特技 | tèjì)… all done without CGI! If you are in the mood for a gritty, gangland movie, Wild City is right up your alley. 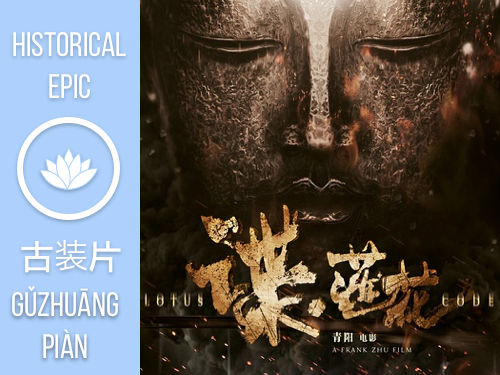 Lotus Code is a dramatic period film set during 1943, in the Shānxī Province (山西省 Shānxī shěng) .  At this time, anonymous Chinese forces are interrogating  people who they believe are secret Japanese officers hiding among the Chinese army ranks; secretly gathering information. This anonymous force devises a plan to bring the KMT and Communist forces together in order to stop this secret Japanese army.

This multi-layered cerebral drama has action and a sweet love story, making for a well-balanced film. I recommend this movie because there’s a lot of easy-to-understand Mandarin, which is great if you are intermediate level and above and want to practice your listening comprehension. 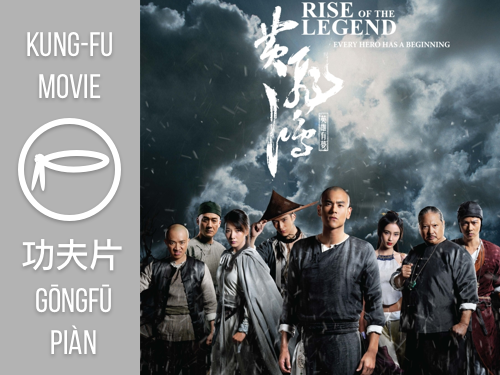 Rise of the Legend is a traditional Kung-Fu movie, elevated by stunning cinematography you would expect from a Hollywood production.  Apart of a series detailing the life and struggles of Wong Fei Hong (黄飞鸿 | Huáng Fēihóng), this installment details Wong’s early childhood experiences and the teachings of his father which helped him “rise against all challenges” (自强不息 | Zìqiángbùxī) in his adult life.

If you like Hollywood style Kung-Fu movies then Rise of the Legend is worth checking out.

This list is just a little something to whet your appetite towards the vast, wonderful world of Chinese Cinema.  After you’ve checked out some (or all) of the movies above, let us know your thoughts: what are your own personal favorites from the above genres? What was your favourite on the list?

What’s that? You want to listen to Chinese but actually learn how to use what you’ve heard? Then watch your Chinese comprehension reach star quality by signing up for a ChinesePod subscription with this Blog’s special offer. Just click below!