I was an English Teacher in Shanghai who decided to tackle learning Chinese in China. After passing the HSK 6 with room to spare, I graduated from Northeast Normal University with a degree in Chinese Language and Literature. Now working in a Chinese company in South Carolina, I get involved in pretty much every aspect of the company due to my knowledge of the language. I have passed the HSK 6 twice: once immediately before graduation, and again 7 years later. I recently established a new goal: Boost my HSK 6 score by 50 points by 2020. Optimistic? Yes, but with the help of tools like ChinesePod, I think I can do it! Follow my journey at Keeping Up With The Wangs.

Story-based series are my favorite feature on ChinesePod. Regardless of the topic, they sustain an element of curiosity from lesson to lesson. Watching my kids grow and learn, I’ve seen that one of the most important ways for them to absorb language is listening to stories. They love it. They soak up every word. Even if the lines aren’t exactly Shakespeare, they’re still curious to know what happens next. Drama and suspense make things memorable.

The first extended story I listened to was the 9-part Intermediate-level “Beauty Pageant for Bloggers” series. To say that this topic didn’t interest me would be a major understatement. However, the opportunity to participate in an unfolding plot line in Chinese for the first time was thrilling. I gained an appreciation for why kids want to watch the same simple shows over and over: Each time, they’re picking up something new.

The next series I heard was a real treat: The 17-episode Lili and Zhang Liang love story. When you put the dialogues into a playlist, they last for a whopping 26 minutes. And remember: This entire drama is appropriate for HSK 4 learners. I know of nothing else like it out there. 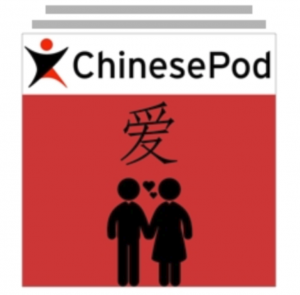 The Intermediate level gives us several more, including Lao Wang’s Office, a mixture of useful office language with the realistic and intense conflict between new and old management.

At the Upper Intermediate level, things get even better. The suspenseful Jizhou series is a strange story about a couple who travel to a remote mountain village. The man disappears after hearing a strange flute, and no one but the woman remembers that he existed. Creepy. I recently played the first dialogue for my 5-year-old, and he wouldn’t let me stop until he heard the whole story.

Perhaps the most popular story in ChinesePod history is the 11-part Detective Li crime series. Initially, it’s like a TV show where each installment stands alone, but the further it goes, the more entangled the episodes—and the mystery—become. The audio production values are on par with Hollywood, and the plot is so entertaining that I plan to re-study this whole series in the coming months. Warning: Some episodes are not for the squeamish! 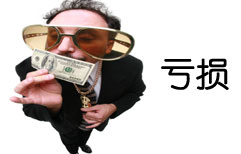 In a similar genre, Funny Business is actually a continuation of Lao Wang’s Office, but now with a surprising turn to the underworld. Lao Wang’s failure in the office pushes him into new and “creative” ways of making money that cause his accountant to start asking potentially fatal questions.

There are too many Upper Intermediate series to name, but a couple more deserving mention are the Pregnancy Series and The Seven Year Itch, both dealing with the realities of family life.

On the Advanced level, we get a dramatic introduction to archaic language: 小太监进宫 tells us of a young eunuch dealing with catty intrigue in the Emperor’s palace, while 孙悟空三打白骨精 introduces us to a beloved character every Chinese child knows—the Monkey King.

While shorter than most others at only 3 lessons, 扎着麻花辫的女孩 provides gripping audio and big twists with each episode.

If these are all out of your reach, don’t despair! There’s the hilarious junior high Yang Jie’s Diary for Elementary learners, detailing “the simpler days of ugly boys, teenage angst and unrequited crushes.”

Most of the above links will only take you to the first lesson. I’ve created a more complete list of links to these and other ChinesePod stories on my personal blog.

Even if you’re not interested in a particular topic, the opportunity to hear a developing story in level-appropriate Chinese is priceless. I’d recommend resisting the urge to listen ahead. Don’t spoil the story! Instead, study each lesson thoroughly before moving forward.

If you liked this blog post. Check out “Phrases which will Impress Your Chinese Friends” and “Back to School”

How to Pass the HSK 6

Start Early – The HSK 6 is a good test of your real-life Chinese abilities. If you haven’t put the time into developing those abilities, then all the test prep in the world will be of little to no help. My current goal is to raise my HSK 6 score from 224 to 270 and I’m giving myself 1 to 2 years of daily study to do it.

Focus on Vocabulary – If you know the words, then you can answer the questions. If you don’t know the words, then you’ll be lost. It’s that simple. I’m giving most of my prep time to Advanced ChinesePod lessons because I don’t know of anything else out there that is so effective at building up my vocabulary. I’ve chosen 160 lessons, and I’m working on 3 a week. My favorite so far? Probably the 小太监进宫 series.

Summarize Stuff – The writing section of the HSK 6 involves reading an article, then summarizing it in your own words. If you can take the computerized version of the test (as I did recently), you can type it rather than writing by hand. Either way, it will take a lot of practice, especially if you’re not good at this kind of thing in your native language. This is one reason I’m starting my own vlog, where I summarize and comment on the ChinesePod lessons I’m studying. If you work with a tutor, you should insist on making summarizing a part of your routine. Speaking of which…

Get a Tutor – You’ll likely need one to help you make sense of the grammar points on the HSK practice tests, especially for the “请选出有语病的一项” reading section. Your average Chinese person on the street would even be baffled by many of those questions.

Get Immersed – Find a Chinese TV series (连续剧) and get yourself hooked. An old favorite from my school days was the gripping spy series 《潜伏》, and, based on numerous recommendations, I just recently started watching the anti-corruption police drama 《人民的名义》。If you’ve never done a 连续剧 before, my suggestion would be to watch the first episode 5 to 10 times, taking notes and looking up words. Wear out the “Pause” button. Make flashcards for the main characters’ names, and memorize them. If you make that first episode all about rigorous study, then you can relax enough to enjoy the rest of the show. In this situation, binge-watching is a virtue instead of a vice.

Stay Healthy – This may seem out-of-place, but as a 40-year-old with a deteriorating memory, I’m learning that it’s critical. For me, keeping my mind sharp requires three things: Maximizing sleep, minimizing sugar, and eliminating caffeine. I discovered that my performance with my early morning tutors can vary significantly, and I’ve narrowed the reasons down to these three things. Figure out what hinders you, and get rid of it.