Want to order from the Chinese menu and not the watered down English version they present to non-Chinese speakers? Perhaps some readers know how to ask for what they want in Mandarin but what if you are hankering for a new sensory experience and would like to try the specials or dish of the day? Reading the culinary characters on a Chinese menu is not so cut and dry. Learn 6 simple tricks for deciphering the Chinese menu in our Blog post today.

This standard Mandarin greeting illustrates the importance of food in Chinese culture at the extent to which food and the language are intertwined.

Fittingly, it is not surprising that often the first real-life test of a Mandarin learner’s language ability  takes place in the Chinese restaurant. However, one quickly realizes that a single Chinese menu simply does not exist.

Chinese food typically consists of Eight Culinary Cuisines scattered across the mainland, extending to the islands of Hong Kong and Taiwan.From local shops to fancy restaurants, as a Mandarin learner, you might find that no matter how many characters you have under your belt, you may still find yourself in a restaurant unable to decipher the complex combinations of characters that make up the name of each dish. Can you guess what these famous dishes are: 干煸四季豆 | gānbiān sìjì dòu, 清湯魚圓 | qīngtāng yúyuán, 鱼香茄子 | yúxiāng qiézi, 麻婆豆腐 | mápó dòufǔ，三杯鸡 | sān bēi jī?

Without memorizing the name of each  dish, it can be very difficult indeed. Menu items are often given fancy names to add a flair of originality (think 佛跳墙 | fó tiào qiáng –(a famous dish that is supposed to be so good that even Buddha would jump over a wall to eat it!).

So what is the secret to being able to read the Chinese menu? It is all about breaking down the menu into its main categories, and recognizing the most important characters that define a Chinese dish.

Read more to find out how…

For beginner Mandarin learners or those who have yet to embark on their first trip to China, you may be wondering why is it so important to be able to read the Chinese menu? Well, let me illustrate with a personal story that took place around 10 years ago on one of my first trips to China, in the ancient city of Luoyang.

“I realize might have been an opportunity to give me what they were not able to sell that day – a bad idea!”

At the time, my Mandarin skill could be best described as “survival Mandarin” – able to get by but not able to have deeper conversations with locals.

One evening, I walked into a random restaurant and, tired of eating only the few dishes I knew by heart, I asked the person serving to give me something she recommended, which now I realize might have been an opportunity to give me what they were not able to sell that day – a bad idea!

The result: a meat dish masked in sauce that, to this day, I have no idea what it was. I ate a few bites and while it was not too bad in taste, the mystery behind the meal made me nervous  – it was definitely not any of the standard meats I was used to eating. To this day I still don’t know what it was! 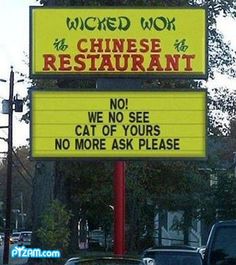 Some strange flavors and foods come from China.

To help you avoid mystery meat experiences such as mine, below are 6 simple tips, which you can put to use at any Chinese restaurant, large or small, fancy or casual, on your next trip to China. 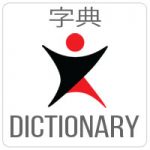 Carbs form the basis of your meal in Chinese cuisine. Do you want a rice-based dish, or do you prefer noodles?

Or, perhaps, you’ve heard this particular restaurant specializes in delicious mouth-watering dumplings such as 小笼包 | Xiǎolóngbāo, the famous soup-filled dumpling.

Typically, in a larger restaurant the menu will separate noodle and rice dishes with the word “lei” 类 at the end to signify the type of meal base you want.

However, do not expect this in the smaller local shops, where the menu is short and concise, with all dishes listed together.

So next time you see a menu items such as 煎饼 | Jiānbing, 担担面 | dàndànmiàn, or 卤肉饭 | lǔròufàn, if you prefer a specific carb, you can select it based on the last character of the dish which will signify the base of your meal.

The next step is to choose the type of meat you want.

This is key, because when it comes to meat, people vary in their ability and willingness to eat the variety offered in Chinese cuisine.

Perhaps you are vegetarian, which makes it all the more important to know your meats, so that you can avoid these dishes. In most situations, learning the above listed characters will be enough to ensure that you do not end up with something more exotic than what you are prepared to eat.

On the menu, look for a section called 素食 | sùshí (vegetarian) vs. 肉类 | ròu lèi in larger restaurants.

However, in smaller shops, the key is to look for the above-mentioned characters as a general guide to guarantee you end up with a meat you enjoy.

If you are feeling adventurous, you may want to learn the following additional meats commonly found on Chinese menus:

Vegetarians beware – many Chinese dishes contain some meat even if it is not written on the menu, so it is important to always make sure and enquire from the person attending.

>Anytime you see the character “豆”, it will typically represent a dish which contains beans or tofu of some sort, such as the earlier mentioned 干煸四季豆 | gānbiān sìjì dòu,

There are of course a wide variety of leafy greens and different ways to write the “seasonal or daily special” depending on both the region and the restaurant itself, but a good way of identifying greens is to find dish names ending with the character 菜 | cài.

The last thing you want is to be caught in China in the blistering humid heat of July or August, and end up with a big bowl of steaming soup noodles, when what you actually hoped for is a dried or even cold noodle dish such as 凉面 | liáng miàn.

A lot of restaurants will separate soup dishes in its own category on the menu.

If not, look for dishes ending with the character “汤”. For more common dishes such as 牛肉面 | niúròu miàn (a Taiwanese specialty), the character for soup is often not specified in the name of the dish.

In the mood for hot pot on a cold winter day? Another good word to learn is 火锅 | huǒguō!

You might have heard of the famous dish called 北京烤鸭 | Běijīng kǎoyā (Beijing duck) or the ever-popular street food 煎饼 | jiānbǐng (fried pancake, similar to crepes).

While not all cooking methods will appear as characters of dish names such as these, the most common you are likely to find are the characters noted above for stir fried, pan fried, steamed, and baked.

If you’re a fan of fish, steamed (清蒸鱼片 | qīngzhēng yú piàn) is a good option, both delicious and widely popular. Otherwise, should the cooking method not be given away in the dish name, it is useful to learn these characters in the event you need to ask your waiter or the person serving.

Well that all depends on how much spice you can handle! Those who crave spice should look for dishes that contain the characters “辣”or “麻” or combined “麻辣“.

On the other hand, those who cannot handle spice, would be better off avoiding these altogether. Some dishes will show the character “清”, usually to describe non-spicy soup broths or a non-spicy vegetable sauce (清炒 | qīng chǎo)。

And there you have it – 6 simple tricks for successfully ordering what you want to eat in a Chinese restaurant.

Follow these tips to deciphering the Chinese menu if you want to avoid mystery meat encounters such as mine, and other meal mishaps on your next trip to China.

Only by venturing away from restaurants that offer English menus will you be able to truly experience the varied authentic flavors of Chinese cuisine.

Want to practice your Chinese Culinary listening and speaking? Log- in to your ChinesePod account and access a plethora of lessons about food and cooking. Or for easy access listen to one of these playlists on food! Yum!

‹ Mid-Autumn Festival – 中秋节: Everything from Mooncakes to Myths › Jobs Requiring Chinese: So You Want To Work In Chinese?