The longer you live in China, the more you grow to appreciate its culture, especially the festivals. There’s awesome food and lively performances but most importantly, very long holidays. 春节 Chūnjié is no different. With 5 years on the mainland, I celebrated quite a few, each better and more authentic than the other. And even though I have returned to the western side of the globe, at this time of year, my heartstrings always tug eastward. Reminisce with me a bit.

My first year in China as a language student meant celebrating it with other 外国人Wàiguórén; throwing 花 炮 Huāpào in places where the physics of life didn’t withhold severe repercussions and since we had not yet acquired the taste for 饺子Jiǎozi, binging on what would be the last burgers of the ‘year’. Because when the city said they were shutting down for a couple weeks, they really meant it.

The following year, my islander-genes cried out for beaches and palm trees and I listened. I figured there would be plenty of Spring Festivals waiting for me when I returned.

By Year 3, I decided it was time for some adventure. I spent New Year’s Eve 除夕Chúxì travelling by train to my friend’s hometown due to the unavailability of飞机票Fēijīpiào. Actually, finding a seat ticket was 好运Hǎoyùn. But we like to say back home that we are blessed not lucky. I was staring outside the window at midnight when suddenly, we rode into a sea of flashes and hisses. I was equally mesmerized and frightened by the fireworks that were set off so closely to the tracks. Bright sparks illuminated the cabin, enhanced by the fact that lights were turned off at 10 p.m. The stench of potash and sulfur seemed not so distant and the locals, their looks of merriment were ghoulish and almost maddening. This was not the adventure I signed up for but by the time I arrived at my destination, 山西Shānxī, the memories were easily replaced with many servings of dumplings.

The following year, I decided to remain in my city for the holidays. My fellow islanders and I bought 灯笼Dēnglóng on a whim and in the end, almost caused a fire hazard. I had obviously learnt nothing from my first year. Our best bet would have been getting some instructions or a list of do’s and don’ts from our Chinese friends but with everyone back home, our only hope was 叔叔Shūshu and all he did was open the balcony door. Armed with a lighter and a couple lanterns still in their packaging, we quickly settled on the most enclosed area we could find; a window sill. You know that moment, when you’re in over your head but pride wouldn’t let you walk away. That was the label each of us wore that night. After several attempts, and I do mean several, we final achieved a steady flame. So we carried the lantern to the edge of the 4th floor balcony and launched it. But it didn’t soar very long. Pretty soon, it started drifting downwards into the nearby playground, which was covered in synthetic grass.  We immediately formed a 拉拉队Lālāduì and 加油Jiāyóu the lantern back into the sky. Even that moment was short lived, as it soon crashed into a tree. Since it worked the first time, we ‘added more oil’ and sure enough, the lantern eventually entered the night sky. We took two things away from that night as we watched the flicker become tinier and tinier.  Firstly, lanterns should be launched in a large, clear zone, like a 运动场Yùndòngchǎng. And lastly, if the journey of the lantern was any indication of the coming year, then that popular karaoke song was true after all:

But my favorite Spring Festival moment would forever be a visit to a little town in 成都Chéngdū. When granny started calling me 啡啡Fēifēi that’s when I knew I was 家人Jiārén. 啡啡 was short for 咖啡Kāfēi, the color of my skin. 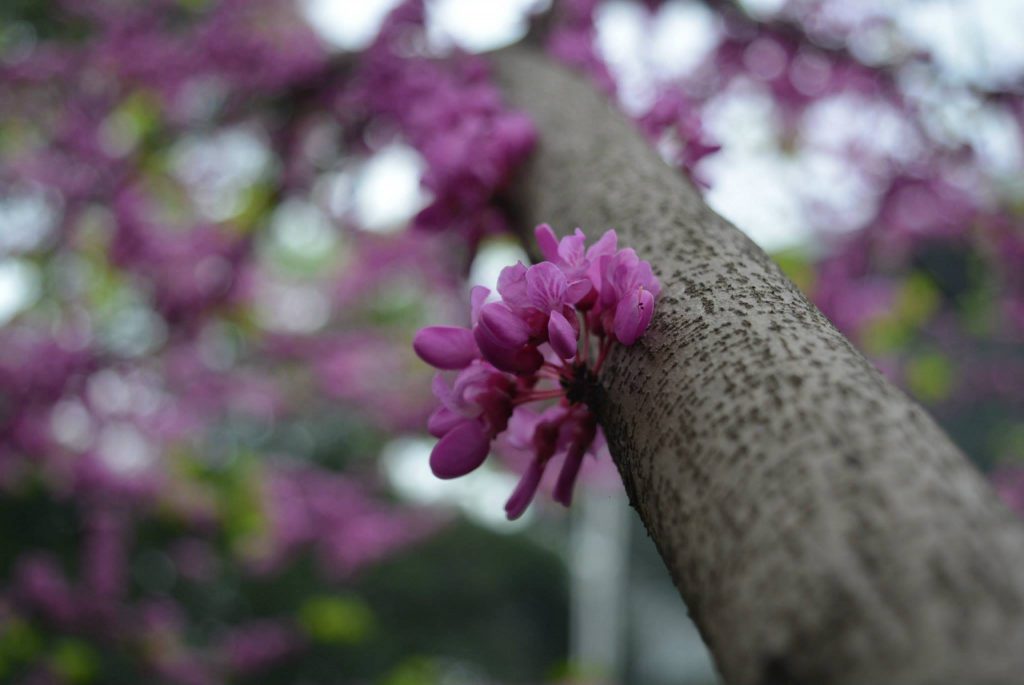 I really felt at home, especially in the kitchen, standing next to 奶奶Nǎinai. Watching her put together lunch and dinner was really enchanting；the poise, the confidence and swiftness of her stride. I would watch her transform a small slab of meat into a meal for five. Then, she would dip into her jar of 泡菜Pàocài to give the dish that extra layer of flavor that you couldn’t buy. I even learnt how to 包饺子Bāo jiǎozi. Well I attempted to learn. When I wasn’t with her, I spent time with my friend preparing for the New Year celebrations. Our first stop: the fireworks store. I didn’t even know these existed. In my country, only companies could import fireworks, no retail allowed. So we often resorted to the tradition of ‘Bursting Bamboo’ for personal pleasure. It’s simply lighting a homemade concoction of fuel at one end of bamboo tube and running away from the deafening kaboom that would follow. I wouldn’t be surprised if that was Chinese in origin. As I walked through the aisle, someone even me handed a basket. What?! After stocking up on a variety of sparklers, smokers and poppers, we purchased the 对联Duìlián and 福子Fúzi to hang on the door and some 红包Hóngbāo and汤圆Tāngyuán for the kids.

The eve was spent as traditional as it gets; dinner with in laws and grandparents and many local dishes including homemade sausages and a lucky fish of which I accidently ate too much. After dinner, the adults settled to watch春晚Chūnwǎn. They tried their best to talk me through the sketches and 相声Xiàngsheng, but my mind kept drifting to the fireworks we purchased earlier. Before the farewells, we were already in the neighborhood square experimenting.

This is where the real show was! Everyone was busy comparing size and power and lighting as many as possible to keep the momentum going. Someone even showed up with a 6ft sparkler. That’s when I realized this ‘evil-spirits chasing thing’ was serious business. While we had our fun on the ground, colorful crackles filled the sky for what seem like 15 minutes well after midnight. The efforts put into celebrating Spring Festival always seem to be of Olympic proportions in my ‘island-sized’ eyes but I was honored to be part of it.

What will happen this year? Will I, in desperation, cook dumplings from the supermarket frozen section and await electronic 红包 on WeChat? That is yet to be seen. But for all of you who will celebrate this lovely holiday – 鸡年快乐！吉祥如意！Jī nián kuàilè! Jíxiáng rúyì!

Big crowds and celebrations not your thing? Stay home and study.

Why not work through our Chinese New Year playlist containing informative and interesting lessons?

7 years ago Kizzy left her little dot in the Caribbean to study in China and fell in love. She is now a Food Scientist, Product Developer and Blogger who still finds the time to engage in Chinese culture and cuisine whether at home or abroad. Favorite ChinesePod lesson, 'Describing Personalities'.