How Do You Define Chinese New Year?

Chinese New Year means many different things to different people around the world. It’s a time when
kids get excited for the fattest hóngbāo｜红包; a time of grand feasts consisting of dumplings, fish, and sweet glutinous rice soup (tāngyuán｜汤圆). Perhaps most importantly, it’s a time of family reunions, marking the world’s largest migration every year as hundred of millions of people return to their hometowns scattered across the Chinese mainland. As we officially close off this New Year’s celebrations with the Lantern Festival (Yuánxiāo jié｜元宵节), I encourage you to think about what defines Chinese New Year for you. Reflect back to your most memorable Chinese New Year and what exactly made it so memorable. In sharing mine with you, I’d like to rewind back five years ago to Taiwan, which in many ways still feels like yesterday.

I had just arrived two short months earlier to this friendly island, the beginning of my one-year journey towards Mandarin fluency and “finding my Chinese roots” – a common desire amongst overseas-born Chinese. That year, alone in a foreign city with everyone I know thousands of kilometers away, I discovered a new meaning behind Chinese New Year that will always be imprinted in my memory. Chinese New Year is traditionally defined by family. Yet, so many people do not have their families with them on this special holiday. In 2012, I was but one of thousands of people who were not able to be reunited with family. I made new friends instead to enjoy the festivities. That year for me, Chinese New Year became defined not by family, but by something else entirely: adventure and hope. 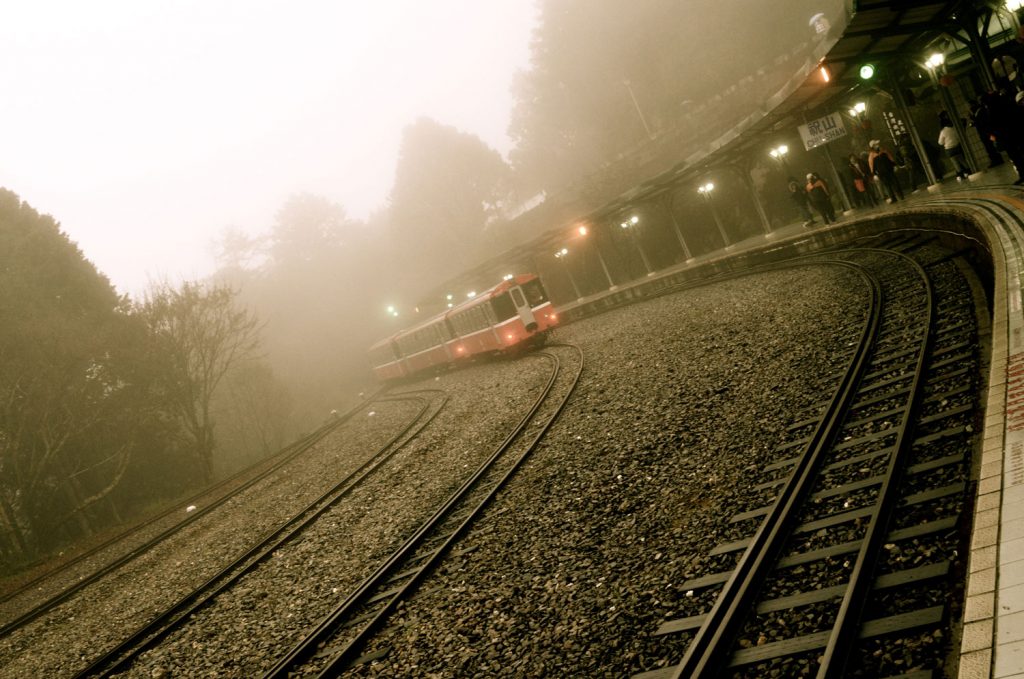 Taipei became a ghost town over Chinese New Year. Schools and businesses closed for a week-long break. I learnt most local Taiwanese were not actually originally from Taipei, and left the big city for their hometowns further south to celebrate the holiday with family. When many of my foreign classmates told me they were staying in the city for the holiday, I thought they were crazy. Why pass up the chance to have a week off of studies to explore the island? And so I did just that. My new friend (a fellow Mandarin-learner) and I hopped on a train from Taipei and travelled all the way to the southern harbor city of Kaohsiung, stopping at the beautiful mountainous Alishan 阿里山, the industrial city of Taichung台中, and of course, Tainan台南, the ancient capital where the real New Year’s celebrations erupted. Contrary to the quietness my classmates experienced in Taipei that week, in Tainan, we ate to our hearts content, feasting on local specialties such as coffin bread guāncaibǎn｜棺材板 and dànzaimiàn| 擔仔麵. We strolled the streets lit up with New Year’s decorations and music, soaking in the festive vibe of the city.

Adventure also means encountering unexpected roadblocks along the way, creating great stories to reminisce on. One such story involves the stress of missing the last train back to Taipei, only to end up sing
ing KTV until the wee hours of the night. After spending more money than we budgeted, we resorted to hanging out at one of Taiwan’s typical 24-hour convenience stores. We pulled an all-nighter munching on local snacks, sharing stories, and filling up on instant noodles until the first morning train back to Taipei . Looking back, it was a great way to end our Chinese New Year adventure.

On the 15th and final day of the Chinese New Year festivities is the Lantern Festival –元宵节 Yuánxiāo jié. On this day, for hundreds of years, people have hung lanterns (dēnglóng｜灯笼) and spent the evening guessing riddles (cāi dēngmi｜猜灯谜). In some parts of China and Taiwan, wishes continue to be written on sky lanterns on this day (called tiān dēng | 天灯 in Taiwan, or kǒngmíngdēng｜孔明灯in Mainland China) and are sent sailing high into the night sky, creating a mesmerizing sight. In Taiwan, there’s no place one wants to be other than the mountainous village of Pingxi平溪, north of Taipei, where thousands of people gather on this day to eat local specialties and prepare their sky lanterns.

During my year in Taiwan, the Mandarin school prepared huge lanterns for us to write on. We wrote in various languages of the world, united by not only our common desire to learn Mandarin but also by something else entirely – hope. Hope for what the next year would bring us. For many, it was not only a start of a new year but also the start of a new life in a foreign city. Some of us just graduated university or high-school. Some of us made the bold decision to quit our jobs and decided to invest a year in learning Mandarin. Others came to Taiwan for the sole purpose of getting accepted into a local university, one that offered better prospects for the future than in their home countries. As the lanterns dotted the night sky like bright orange stars, drifting higher and higher, despite the thousands of people standing in the crowds, the moment felt peaceful and calm as each and every one of us, young and old, stopped whatever we were doing and wherever we were going, to gaze intently at the brightly lit sky.

2017 Year of the Rooster: What’s your fortune

‹ Red Envelope Wars and What Pokemon Go Has to Do with CNY › What do ducks have to do with love?